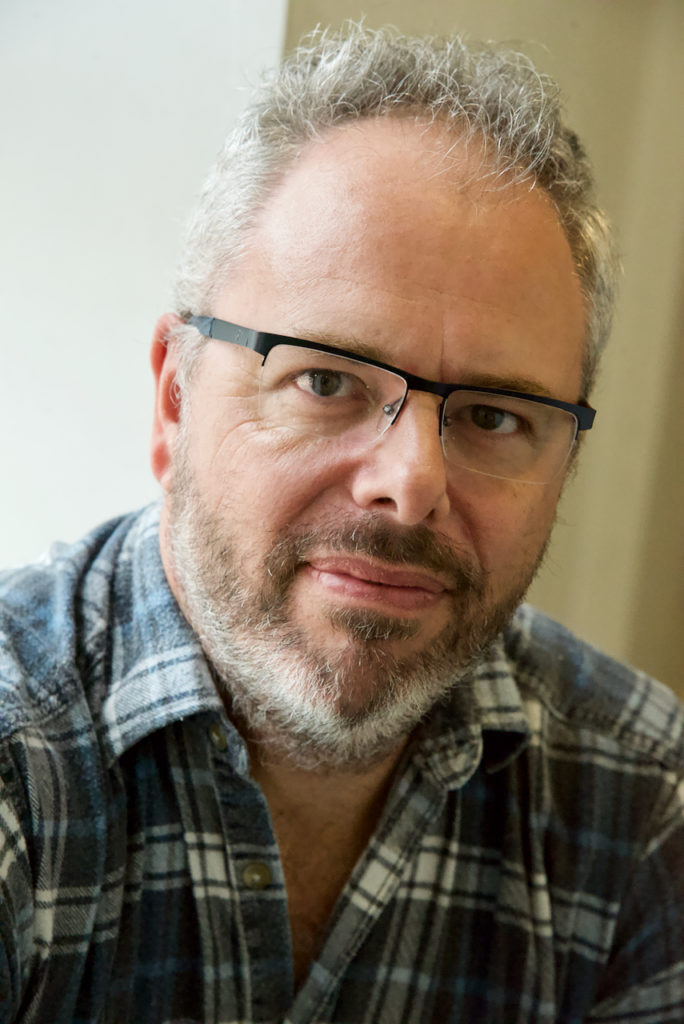 Nick is a Perrier nominated writer, producer, and director. He has written widely for radio, including 3 series of the cult sci-fi show The First King of Mars starring Peter Capaldi, and 5 series of the Nordic noir series Annika Stranded. He is the author of two critically acclaimed novels Blackbox and Helloland and is currently working on a new drama series for BBC1, and on a screenplay with Black Camel pictures.

What to Do When You Find a Dinosaur (2014)
Oxford Playhouse Commission. Dir Robin Colyer.

Oh No It Isn’t, Vampomine, Private Dick Whittington, and The Good The Bad and The Ugly Sisters (2017 – 2014)
Alternative pantomimes commissioned by The Belgrade theatre.

A Journey Round My Skull (2013)
Kindle Theatre, Birmingham. UK tour.

Of All The People In All The World (2002-2012)
Stan’s Cafe, Internationally acclaimed theatre/installation piece.

Nick formed Talking Birds in 1992 (www.talkingbirds.co.uk) and grew it into a company which made theatre work for touring nationally and internationally, but was best known for large site specific works. It was revenue funded by the Arts Council for 15 years, most recently he secured for the company the prestigious National Portfolio Organisation status. He wrote, devised, or directed over 100 projects on a range of scales, with diverse collaborators and partners, and raised over a million pounds of subsidy from a range of trusts and grant giving organisations including Wellcome Trust, Baring Foundation, Heritage Lottery, Foundation for Sports and the Arts, and local authorities.

Nick has been a visiting lecturer in creative writing, or theatre devising, at a range of universities at both BA and MA level including: University of Warwick, Queens University Belfast, Coventry University, Lancaster University, and Birmingham City University. He has also been an invited reader, assessor, or course leader for many new writing organisations including: Arvon, Lancaster Institute for the Contemporary Arts, The Cult, and Belgrade Theatre.