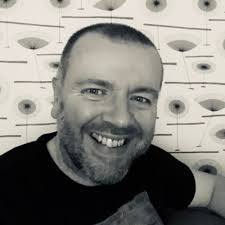 Neil’s extensive credits for adult and kids programmes include the award winning CBBC/Netflix show The Worst Witch (lead writer), for which he has also received a 2019 WGGB nomination for Best Children’s TV Episode.

He has written on Get Even (CBBC/iPlayer), the Emmy Award-winning Free Rein (Netflix), Wolfblood (CBBC), 2 seasons of the award-winning House of Anubis (Nickelodeon) The Evermoor Chronicles and The Lodge (both Disney) as well as the classic series Grange Hill for CBBC, writing the last ever episode.

For adults, Neil co-created supernatural drama Bedlam for Sky and has written on a wide range of series and soaps, across many channels, including Waterloo Road (BBC) and Hollyoaks (C4) for which he has written over 80 episodes.

Neil currently has multiple original projects in commissioned development including Scales, a fantasy kids series in development with Lime Pictures Ltd and a prominent streamer, as well as writing three episodes of Waterloo Road.

Get Even series 2 (BBC/Netflix)

The Worst Witch series 3 and 4 – Lead writer and episode writer on 2 seasons (Netflix,CBBC,ZDF)

The Worst Witch series 1 and 2 (Netflix,CBBC,ZDF)

House of Anubis – Series 2 and 3 (Nickelodeon)

Sex and the Chippy – Co Creator and Writer (E4)

Blue Murder: ‘NOT A MATTER OF LIFE AND DEATH’ – Series 4 – Feature Length (Granada/ITV1)