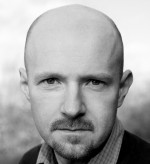 Lee is an experienced animation, drama and comedy writer. He has been lead writer on several children’s and animation series including The Lodge (Disney) and Floogals and currently Silverwood (Zodiak/CBBC) which he co created.  He has also written several stage plays and adult comedy scripts.

On the Edge – Atomized
Development work

2 scripts and pitch document for animation series (based on book)

The Fall Out – The Comedy Unit
Writer of optioned adult sitcom