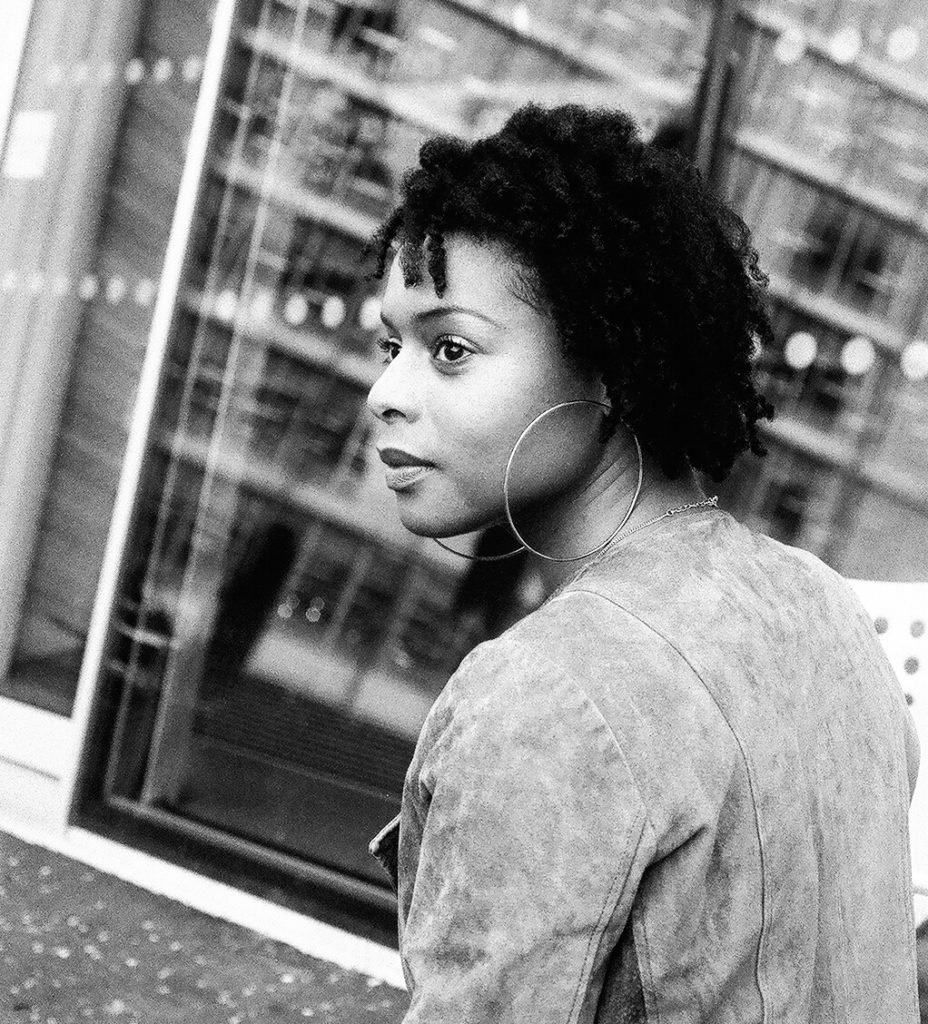 Femi Keeling is a British Caribbean playwright and theatre maker born in London, and based in Surrey.

Femi started her career performing flash fiction on London’s spoken word scene before becoming the Dickens 2012 Young Writer in Residence in February 2012. In January 2016, Speaking Volumes named Femi as one their 40 Stars of Black British Literature and in 2017 she featured in their brochure Celebrating British Writers of Colour.

The Achalasia Diaries, a documentary about the development of Femi’s chronic illness and her decision to pursue her writing career, aired on BBC Radio 4 in June 2015 and was a selected BBC Radio 4 Highlight of the Week. Femi went on to host the BBC Radio 4 podcast, Seriously, from February to October 2016.

Her first full length play, I Am Not There, was developed with support from Talawa Theatre Company, Soho Theatre, and The Carne Trust. A rehearsed reading of the play was featured at the Talawa Firsts Festival in June 2017.

Femi is a 2017 alumna of the BBC Writers Room group London Voices and was a member of the Orange Tree Theatre Writers Collective. She is also a voice over artist signed to agency Another Tongue; her credits include Amazon, Red Bull and Nivea.

Femi believes in the transformative power of the arts in criminal justice settings and sits on the Board of the Koestler Arts.

Femi’s latest play in development is set in a day centre for the elderly and tells the story of six men and women from various Caribbean islands, as they try to figure out how to inhabit the last days of their lives without losing the spirit of their best days.

Rising toured prisons and hostels in November 2018 and was featured at the Royal Exchange Theatre in Manchester as part of the One Voice Summit. There was also a special performance at City Hall, which was live streamed.

Femi’s short play about a mother and daughter reuniting after the daughter is taken into care was performed at Orange Tree Theatre in June 2018 as part of Uprising and was directed by Roy Alexander-Weise (recently appointed joint AD of Royal Exchange Theatre).

A monologue about the impact of racial microaggressions featured at a Barbican Open Lab in January 2017. The work is set to tour as part of a project produced by Tian Glasgow in the Summer of 2018.

A short play commissioned by NitroBEAT and featured at a NitroBEAT Bites event at Soho Theatre in June 2016.

A full-length play was developed with the creative support of Soho Theatre and Talawa Theatre and financial support from The Carne Trust.

A rehearsed reading of I Am Not There featured at Talawa Firsts in June 2017, directed by Jane Fallowfield.

Hear Me Now: Audition Monologues for Actors of Colour was published by Oberon in November 2018. Two monologues in the book are written by Femi: My Faither’s Son and Naughty Boy. (https://www.oberonbooks.com/hear-me-now-audition-monologues-for-actors-of-colour.html.)

Former member of the Orange Tree Theatre Writers Collective. The programme ran from February to July 2018.

A member of the BBC Writers Room group London Voices.