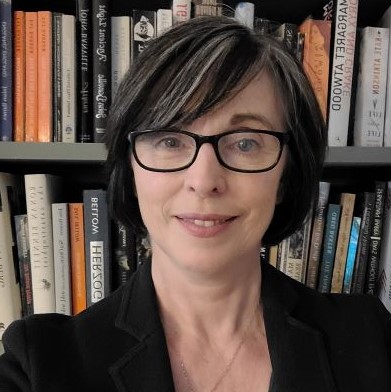 Anne-Marie Casey is a screenwriter, novelist and playwright.

Current projects include her original TV series idea Wild Irish Girl, set in 1951 in Cong, Mayo, during the filming of ‘The Quiet Man’, for Fields Entertainment, LA, and her adaptations of The Story of Lucy Gault by William Trevor, set in Cork in the 1920s, for Fields Entertainment/Parallel Films/Screen Ireland to be directed by Aisling Walsh, and The Master, the story of Charlotte Bronte’s secret love in Brussels, from the novel by Jolien Janzing, for David Kelly Productions and Blue Ink Productions.

Her stage adaptations of Little Women and Wuthering Heights enjoyed sell-out runs at the Gate Theatre, Dublin. Her new version of Little Women will be co-produced this summer by the Watford Palace Theatre (Director Brigid Larmour) and Pitlochry Festival Theatre, UK.

2022 – SOMERVILLE & ROSS, an original screenplay about an extraordinary female writing partnership in the 1900s, 2022 – WILD IRISH GIRL, an original TV series about the filming of The Quiet Man. Producer Simon Fields, Fields Entertainment, LA. 2021 – THE STORY OF LUCY GAULT, adapted from the novel by William Trevor and to be directed by Aisling Walsh for Fields Entertainment, LA/Screen Ireland/Parallel Films. 2019/2020- THE MASTER, a film adaptation of the novel by Jolien Janzing for Screen Ireland and David Kelly Productions. 2018 – FLYING BLIND, a pilot episode for a mini-series about the first transatlantic flight for Eggplant TV, Toronto, and Shinawil Productions, Dublin. 2016 – GALWAY BAY, a pilot episode of a TV series for Lightworkers Media and NBCUniversal LA, adapted from the novel by Mary Pat Kelly, set in Ireland in 1840.