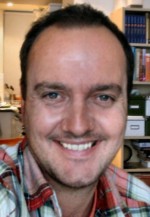 Alex is an acclaimed TV scriptwriter and has been lead writer on various series including  Sir Gadabout The Worst Knight which won an Indie Award. Alex himself won Best Writer Award in the 2003 Children’s BAFTAs.

His first novel, The Talent Thief, was published by Macmillan in October 2006 and optioned to Universal Studios. An equally imaginative and unique novel, The Storm Maker, followed in 2008.

Alex has also written an original family screenplay with the development backing of the Film Council and adult scripts and comedy. Recent credits include Kazoops, The Clangers and Luo Bao Bei.