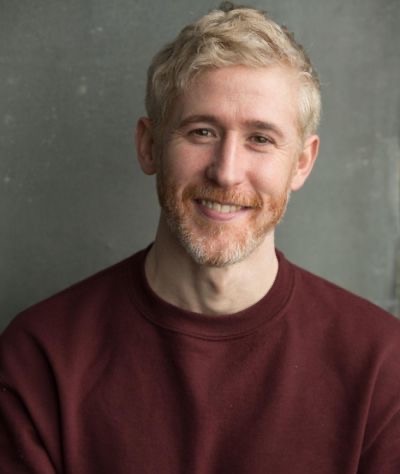 His short film Dog Shit Town was screened at the London Short Film Festival 2019 and his second, Affection, was produced with BFI funding and completed in 2020.

Adam’s one person play, Girl Least Likely To, was shortlisted for the Bruntwood Prize 2017 and workshopped at the National Theatre Studio.

He is currently working on new original ideas and his script, Lettuce, is under option to Fulwell 73.

Treatment now under option at Fulwell 73

‘Lettuce’ is centred around Jethro, an eccentric, unemployed performance artist from Stockport who lives with his poorly mum, Linda. Jethro must overcome his crippling anxiety and depression in order to stop the imminent sale of their home, that his father, Gary, has put on the market to raise funds for his second family.

DOG SHIT TOWN – Short Film backed by the BFI
A frustrated poet in a dead end British seaside town falls in love with a strange roller blader in a glittery golden helmet.

GIRL LEAST LIKELY TO – Play
A monologue play about guilt and witness culpability, featuring teenagers drinking in parks, an aviary and Wham bars.

Other Available Scripts or Treatments

WHERE ANGELS PLAY – Play
A domestic, comic drama set around Alan, a curious, agoraphobic teenager and a safe suburban family on the brink of disaster.

MARILYN AND AUDREY – Short Film
Marilyn and Audrey are all grown up but the struggle to throw off the shackles of their childhood local celebrity and the pressure of their Mother’s expectations, on the eve of her 60th birthday, weighs heavy on their shoulders. Tonight the sisters reunite for one last performance and realise that that the only thing they have in this world of any importance is each other.