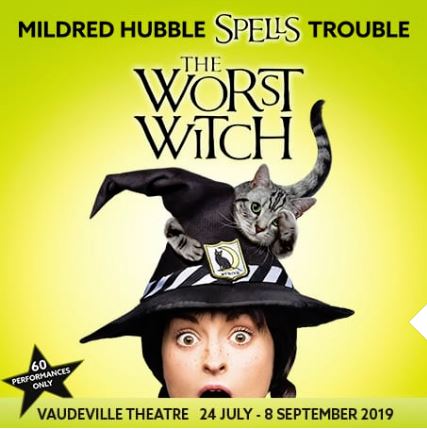 The Worst Witch Live Transfers to the West End

Following its successful UK tour The Worst Witch is heading to the Vaudeville Theatre for a brief run over the Summer holidays.

This new story has been specifically adapted for the stage from Jill Murphy’s much-loved books by DHA client Emma Reeves. Emma has had huge success with her adaptations, having previously won a Royal Television Society Award and the 2017 British Screenwriters Award for Best Children’s Programme for the televised version of the books.

The Worst Witch centres on Mildred Hubble – an ordinary girl in an extraordinary school. But Mildred is unfortunately a little accident-prone, and as she’s learning her magical skills, she accidentally leaves a trail of mayhem in her wake. Before too long, Mildred and her fellow pupils find themselves at the centre of a battle that’s being fought for their future.

See here for more information and to book tickets