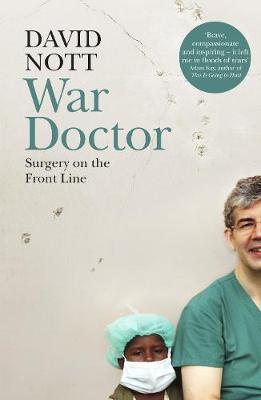 The Ink Factory, producers of ‘Fighting With My Family’, ‘The Little Drummer Girl’ and ‘The Night Manager’, are set to make a movie based on the best-selling ‘War Doctor’ by David Nott.

The memoir details the true-life events of the trauma surgeon, who volunteered as a doctor in the front-lines of some of the most dangerous war zones in the world. It debuted at Number 1 in the Sunday Times bestseller list and spent six weeks in the Top 10.

David Nott commented “I know that with The Ink Factory my book is in capable hands and am looking forward to their adaptation. I have been struck by Ink’s engagement with War Doctor and their enthusiasm for making a thoughtful and also thrilling film, with humanity at its core.”

Tom Nash at The Ink Factory will be producing alongside David’s wife, Eleanor Nott, who will be an Executive Producer. Tom said “David is a truly modern hero: undoubtedly courageous, but not afraid to acknowledge his vulnerability and humanity. I look forward to working closely with David and Elly Nott to bring this important and inspirational story to the screen.”