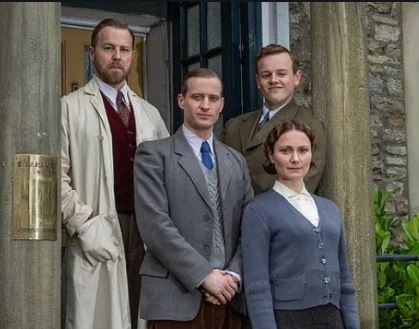 The original BBC TV series based on James Herriot’s acclaimed memoirs first entered our living rooms in January 1978. Now around 42 years later, All creatures Great and Small returns to our small screens!

Channel 5’s remake of the hit TV series will begin airing on Tuesday 1st September on Channel 5 at 9pm, and coincides with the 50th anniversary of the publication of James Herriot’s books.

Newcomer Nicholas Ralph is taking on the lead role, played by Christopher Timothy in the original series, and he’s joined by a star-studded supporting cast including Dame Diana Rigg, Samuel West and Anna Madeley.

A co-production with American broadcaster PBS, the Channel 5 remake produced by Playground will return to the setting of James Herriot’s memoirs, working as a vet in rural Yorkshire during the 1930s and 40s.

While initially wary of his new life in the countryside, Herriot ultimately finds the local community spirit and charming animals are more than enough to win him over.

Sebastian Cardwell, the digital channel controller at Channel 5, said: “James Herriot has a special place in the heart of the public and the commission of this iconic drama series, against the stunning backdrop of the Yorkshire Dales, is set to bring joy to a new army of TV viewers.

“The original books affectionately captured a unique slice of British life. In challenging times we hope the charming and heartwarming stories of community and compassion will resonate with new audiences.”