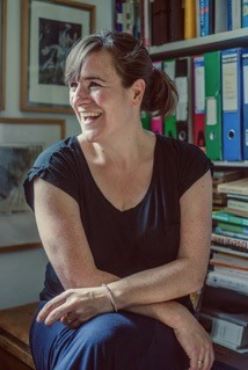 In the same week, it has been announced that playwright Morgan Lloyd Malcolm has been nominated in both the hClub h100 Awards in the Theatre and Performance category and the Stage Debut Awards in the Best Creative West End Debut category.

Now in its 11th year, the h100 Awards recognises and celebrates the UK’s most innovative and influential talent working across the creative industries. Morgan was selected by a panel of industry experts including: Indhu Rubasingham (Artistic Director, Klin Theatre), Julian Bird (Chief Executive, Society of London Theatre), Kate Pakenham (Founder, Kate Pakenham Productions) and Mark Shenton (Critic and Feature Writer) for her contribution to theatre over the past 12 months.

The Debut Stage Awards are the only awards to recognise breakthrough theatre talent. They celebrate emerging actors and creatives, from all backgrounds. The winner will be announced on September 15th 2019.

Morgan’s all female play Emilia, influenced by the life of the Elizabethan poet Emilia Bassano, was commissioned by Michelle Terry and ran for a limited run at Shakespeare’s Globe Theatre last autumn before transferring to the West End’s Vaudeville Theatre in the spring. As well as attracting a phenomenal critical reception, Emilia has been heralded as an antidote to the #MeToo movement as it is boldly and unashamedly feminist, with an all female cast and production team. It also hosted one of the West End’s first mother and baby productions after Morgan chatted to a mother on Twitter who wanted to come and see the play but couldn’t organise childcare.