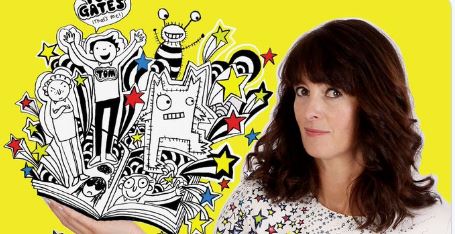 Sky has commissioned new children’s series, The Brilliant World of Tom Gates, based on the best selling book series by Liz Pichon.

The show is made by TG Entertainment Limited and will be available on Sky’s on demand service Sky Kids in the UK & ROI.

The Sky Original kids series featuring a modular mixed-media magazine format, The Brilliant World of Tom Gates is based on the award-winning, multi-million-copy-bestselling Tom Gates books written and illustrated by Liz Pichon, who will also present the series.

The 20 x 11’ series, primarily aimed at kids aged 7-12, is set to premiere on Sky Kids UK in early 2021. Celebrating creativity and fun, the series brings to life the unique and comical world of Tom Gates. A combination of 2D and stop-motion animation with live action, it – like the books – blends Tom’s humour with craft ideas and tips and tricks, along with interactive games, gags and catchy songs.

Liz Pichon’s award-winning Tom Gates book series has sold more than 11 million copies worldwide and has been translated into 44 languages.

Liz said: “This TV show is exactly the kind of programme that I would have LOVED to watch as a kid and been completely obsessed by. It’s going to be funny, fun, bursting with creativity and snacks.  All the things kids love about the books and so much more.  I am thrilled that SKY have commissioned it (thank you!) and I’m looking forward to bringing the whole world to life with the very talented and hugely enthusiastic team at TG Entertainment.”