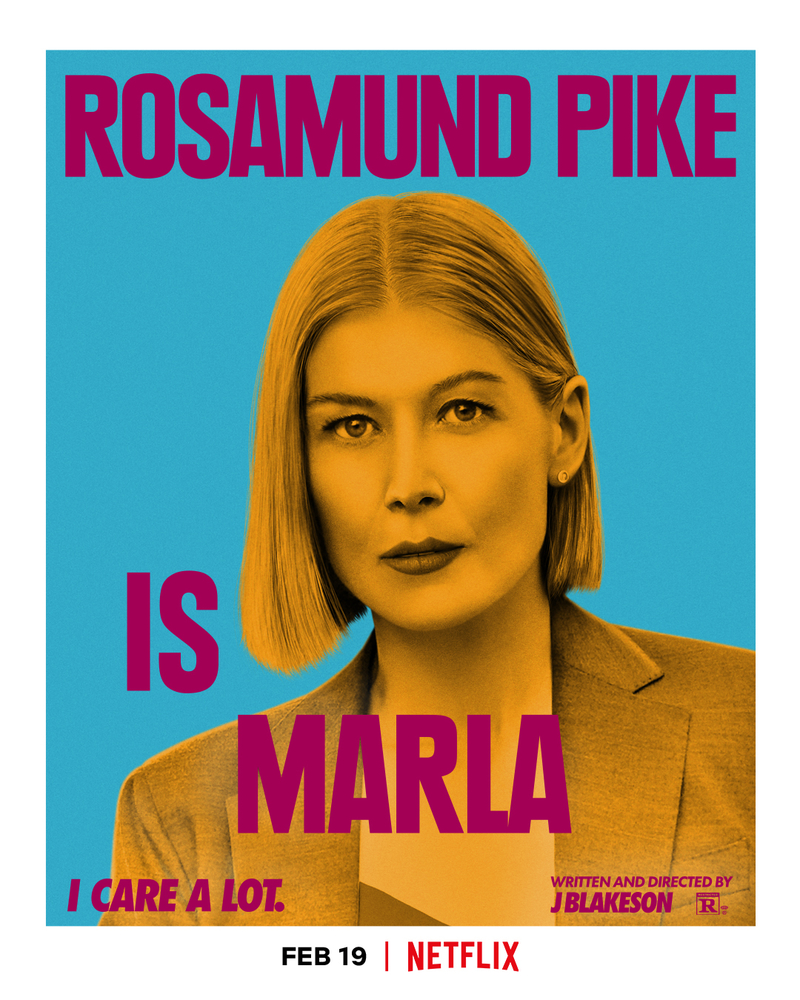 J Blakeson’s I CARE A LOT debuts at No. 1 on Netflix

I CARE A LOT, written and directed by J Blakeson, premiered on 19 February and reached the overall No. 1 spot on Netflix in multiple territories!

Starring Rosamund Pike, Eiza Gonzalez, Peter Dinklage and Dianne Wiest, the black comedy delves into a corrupt world of guardianship. Marla Grayson, played by Pike, along with her business partner and lover Fran (Gonzalez) runs a well-oiled and technically legal business of guardianship for elderly wards whose asset they seize. Marla picks on the wrong person after choosing Jennifer Peterson (Dianne Wiest) as her next victim, who has criminal connections of her own.

I CARE A LOT is available to watch on Amazon Prime in the UK and Netflix in the US and certain territories.