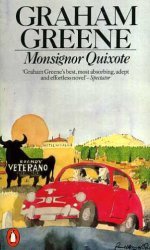 Monsignor Quixote is adapted by Stephen Wyatt and stars Bernard Cribbins as the eponymous Quixote. Greene, whose estate is represented by DHA, died 25 years ago this year.