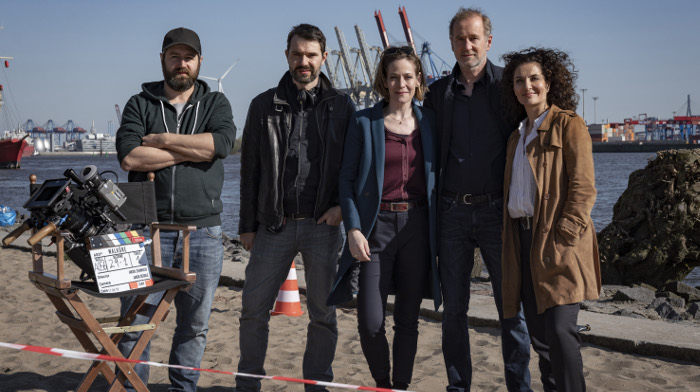 Filming of the fifth German-language Fabel movie, WALKÜRE (THE VALKYRIE SONG) based on the successful series of novels by Craig Russell has started in Hamburg.

Jan Fabel returns as the troubled Head of Hamburg’s Murder Commission, but his latest investigation takes him back into his past. After a gap of ten years, a female serial killer – the Angel of St Pauli – again makes the headlines when an English pop star is found in Hamburg’s red-light district, dying of the most savage knife wounds.

Links emerge with a series of apparently unrelated events. A journalist murdered in Norway. The death of a Serbian gangster. And a long-forgotten project by East Germany’s Stasi conceived at the height of the Cold War, involving a highly-trained group of female assassins, known by the codename Valkyrie.

Fabel’s hunt for the truth will bring him up against the most terrifyingly efficient professional killer. The ultimate avenging angel.

This is the latest TV movie produced by Tivoli Films for German broadcaster ARD.