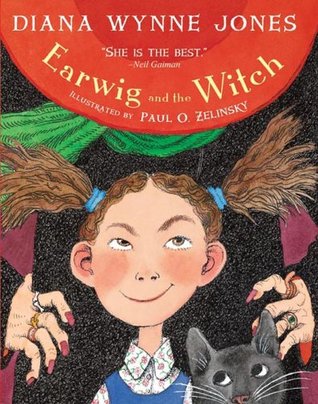 Diana Wynne Jones’ novel EARWIG AND THE WITCH to be adapted into Studio Ghibli’s latest film, AYA AND THE WITCH.

The film was announced on Wednesday 3rd June as a 2020 Cannes Film Festival selection, and will air on NHK during winter 2020.

Goro Miyazaki (From Up On Poppy Hill, Tales of Earthsea) will direct, with Goro’s father Hayao Miyazaki (Spirited Away, My Neighbor Totoro) developing the project alongside his son.

This is the second adaption of a Dianna Wynne Jones novel by Studio Ghibli (the first being 2004’s acclaimed Howl’s Moving Castle) and will be the legendary animation studio’s first fully 3D animated feature.

Wynne Jones’ novel, published by HarperCollins (and Greenwillow Books in the US) follows Earwig, an orphan girl adopted by a witch and sent to stay in her mysterious and spooky house. The clever and resourceful Earwig must use all her determination (and some help from a talking cat) to survive.

In a statement, Ghibli producer Toshio Suzuki said he was worried as to whether Aya and the Witch could hold up in the new post-corona environment. “I thought that a number of times while watching the rushes,” he said. “Then I realised that one stand-out feature of the film is Aya’s cleverness. And if you are clever you can survive in any period of history. Thinking that, I felt relieved.”

The film is a co-production between Studio Ghibli, NHK and NEP, with France’s Wild Bunch handling international rights sales.

The deal was brokered by Alex Korenori at the Tuttle Mori Agency in association with the Laura Cecil Agency, whose company was bought by David Higham Associates in 2017.