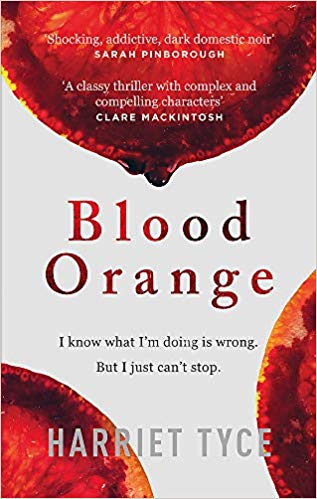 Harriet Tyce’s debut novel Blood Orange has been picked up by World Productions for development into a TV series.

Described as “shocking, addictive” and “an impressive debut”, the gripping psychological thriller follows Alison Wood- a criminal barrister taking on her first murder case- whose personal life takes a twist as her affair with another man spirals out of control, and into a dark obsession.

World Productions is an award-winning production company with credits such as the critically-acclaimed Bodyguard (2018) and Line of Duty (2012-2017). Priscilla Parish, producer at World, says “We’re delighted to be working on the adaptation of this exciting and provocative novel which is a heady mix of domestic dysfunction and legal drama taken to a totally thrilling and unexpected level”.

Harriet says “Not only are World Productions’ programmes second to none, they were also behind This Life, one of the inspirations behind Blood Orange, and this feels like the perfect fit. I’m incredibly excited to see how they develop the novel into a TV series, and can’t wait for the process to begin.”