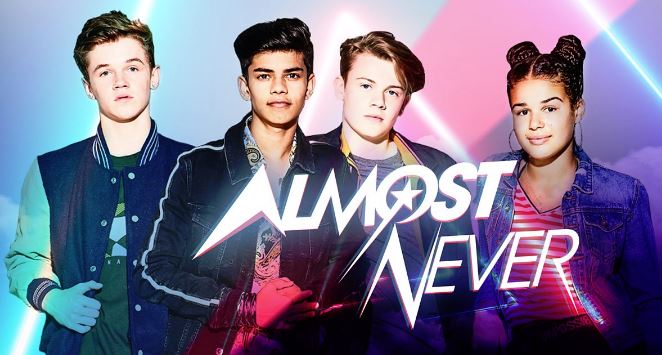 Almost Never follows boy-band The Wonderland as the brief spell of fame they enjoyed on a high profile talent show starts to fade.

It charts their comedic ups and downs as they try to grow their fan base and find the best songs to record. As the boys try to make it in the music business, they also have to juggle home life, school and relationships alongside their dreams of pop stardom.

It’s a story of family and friendship, loyalty and dreaming big. The Wonderland strive to embrace their dreams whilst dealing with everything that teenage life throws at them.

Watch Almost Never at 5pm on Tuesdays on CBBC, or catch up with all episodes on iPlayer now.