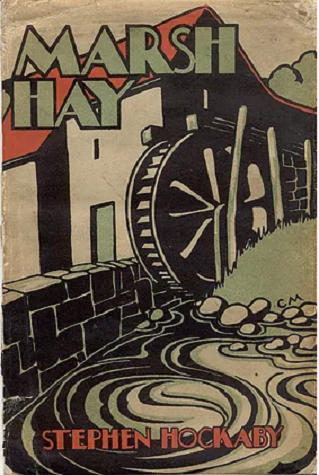 The story of Etin Burntfen, like his character, at first appears to be simple. His life has been influenced primarily by his family and by the Oxfordshire countryside. Etin begins his narrative three generations earlier, where the wild nature and yearning desires which drive his great-grandparents’ destinies will echo through his own life and fate. Raised by a rigorous Protestant mother and an amiable adventurer of a father, his childhood is filled with moments of youthful play, work, discovery, and combat, all set against the fields and riversides of pastoral Oxford. When a distant uncle appears with a dark-skinned, bewitching girl in tow, Etin and his siblings find their family dynamics permanently changed. It is the dangerous gypsy-born cousin Azalea who, in adulthood, will set Etin and his brother against each other, and who will be directly responsible for two deaths.

At the turn of the twentieth century, Etin sets out with Kate, his sister, on a trip to London. Kate is determined to “change the world” and earn a living as a preacher of roadside sermons. Along the way they meet Vincent, a sincere young black man who becomes their traveling companion and—when Etin decides to pursue boxing—his sparring partner. Recruited for a light-heavyweight match by a promoter who witnesses Etin’s prowess dealing with disruptive sermon hecklers, the fight starts him on a career of boxing exhibitions. The combination of physicality and travel appeals, and along the way Etin falls for his sister’s college friend, Mary. As the years go by, relationships are resumed and a world war looms large for Britain. Etin must decide his fate, and choose between the patient, peaceful love of his life and the beguiling gypsy woman who still casts a spell.