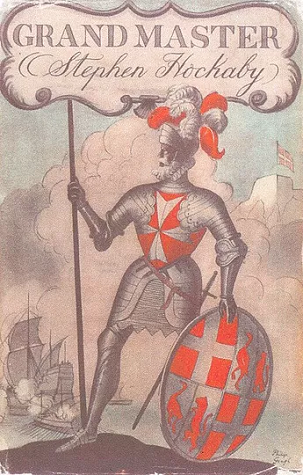 for John Stephen-Michael de la Naye, his education into the cruel and sobering realities of the world begins early. While just a boy traveling to Jerusalem on a religious pilgrimage, his galley is attacked by Moslem pirates, his mother is killed, and John becomes a prisoner and slave to serve a sultan in Constantinople. Under the kind mentorship of Mourad Bashik, a soldier and factotum of the sultan, John begins to learn about palace life within the walls of the seraglio, with its endless intrigues and its frequent execution of concubines and others who have fallen out of favor. But Mourad, acting as father to the orphaned boy, always treats John compassionately and fairly, and it is for this reason that John chooses to make his escape only after the kind soldier has died, so recriminations could not fall on him. With a fellow prisoner named Pablo, John bravely descends into the well where the executed bodies are tossed, assuming that the current carries all that enter it to the Bosphorus.

After hiding for months in a forgotten, underground aqueduct – and with the help of Mourad’s brother Ahmed – John leaves the city on a merchant ship bound for Crete. Knowing that the Order of the Knights Hospitaller is stationed on the island of Rhodes, John leaps into the Mediterranean Sea as soon as he spots land, hoping to swim ashore. There he wins the confidence of the assembled knights, a collection of men representing various countries in the defense of Christianity during the Crusades. Indeed, the Turks soon attack the fortress of Rhodes, led by the fearsome Ottoman leader Suleiman. John is among the surviving defenders who must leave the island upon defeat. It is a gracious gesture by Suleiman not to kill the surrendered knights, although he will have cause to regret his decision years later, when the Siege of Malta lasts, miraculously, for months despite a vastly outnumbered Christian force.
Between those two amazing battles – the latter will carry the pious and ascetic John de la Naye to the position of Grand Master of the Order – John meets Francesca, introduced to him in Venice by his lusty friend Paolo. But it is Paolo who becomes the father of Francesca’s child, and years later John sees the soul and spirit of his long-dead friend when the boy, now a young man, fights alongside him in Malta. The year-long siege on the high fort is brutal, taking its toll both in lives (on both sides) and in moral ambiguity (whose God would champion barbarism and death to others on such a massive, man-made scale?). Ultimately, John passes from his life with an understanding that the Infidel, while still the enemy, should be offered respect, as the best among them are as worthy as our own.