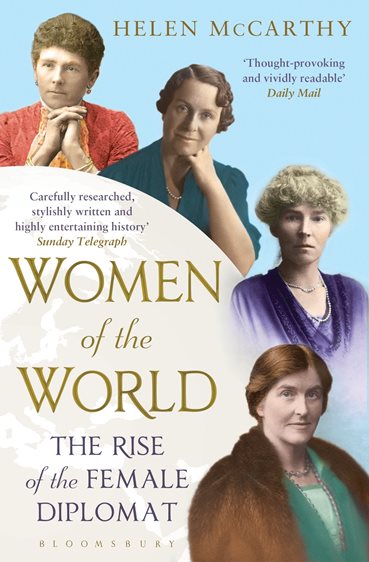 Women of the World

Throughout the twentieth century and long before, hundreds of determined British women defied the social conventions of their day in order to seek adventure and influence on the world stage. Some became travellers and explorers; others business-owners or buyers; others still devoted their lives to worthy international causes, from anti-slavery and women’s suffrage to the League of Nations and world peace. Yet until 1946, no British woman could officially represent her nation abroad. It was only after decades of campaigning and the heroic labours performed by women during the Second World War that diplomatic careers were finally opened to both sexes.

Women of the World tells this story of personal and professional struggle against the dramatic backdrop of war, super-power rivalry and global transformation over the last century and a half. From London to Washington, Geneva to Tehran, and in the deserts of Arabia, the souks of Damascus and the hospitals of Sarajevo, resolute women undaunted by intransigent officials and hostile foreign governments proved their worth.

Moved by a longing to escape domestic redundancy, to follow in the footsteps of fathers or brothers, to build a more peaceful world, to discover cultures other than their own or simply to serve the nation which denied them full equality, these women were extraordinary individuals fighting prejudice in high places. Drawing on letters, memoirs, personal interviews and government records, these heroines caught up in the larger endeavours of the world’s greatest empire are brought vividly to life to enrich our understanding of Britain’s global history in modern times.