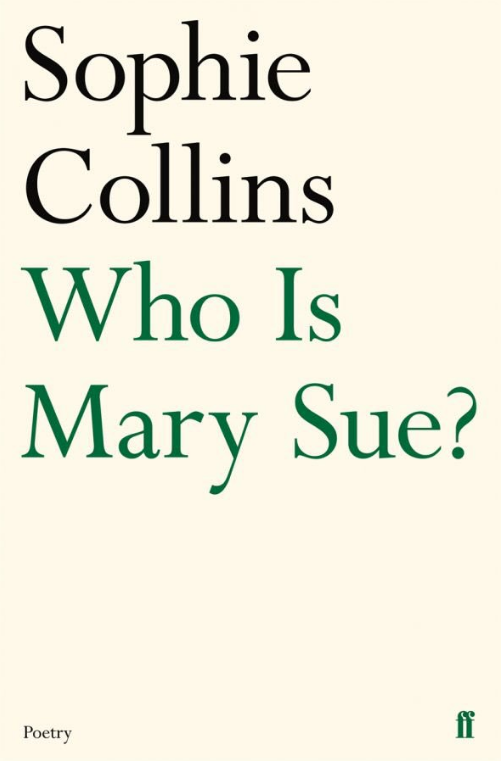 Who Is Mary Sue?

In the language of fan fiction, a ‘Mary Sue’ is an idealised and implausibly flawless character: a female archetype that can infuriate audiences for its perceived narcissism. Such is the setting for this important debut by Sophie Collins. In a series of verse and prose collages, Who Is Mary Sue? exposes the presumptive politics behind writing and readership: the notion that men invent while women reflect; that a man writes of the world outside while a woman will turn to the interior. A work of captivation and correction, it that will resonate with anyone concerned with identity, shame, gender, trauma, composition and culture: everyone, in other words, who wishes to live openly and think fearlessly in the modern world.