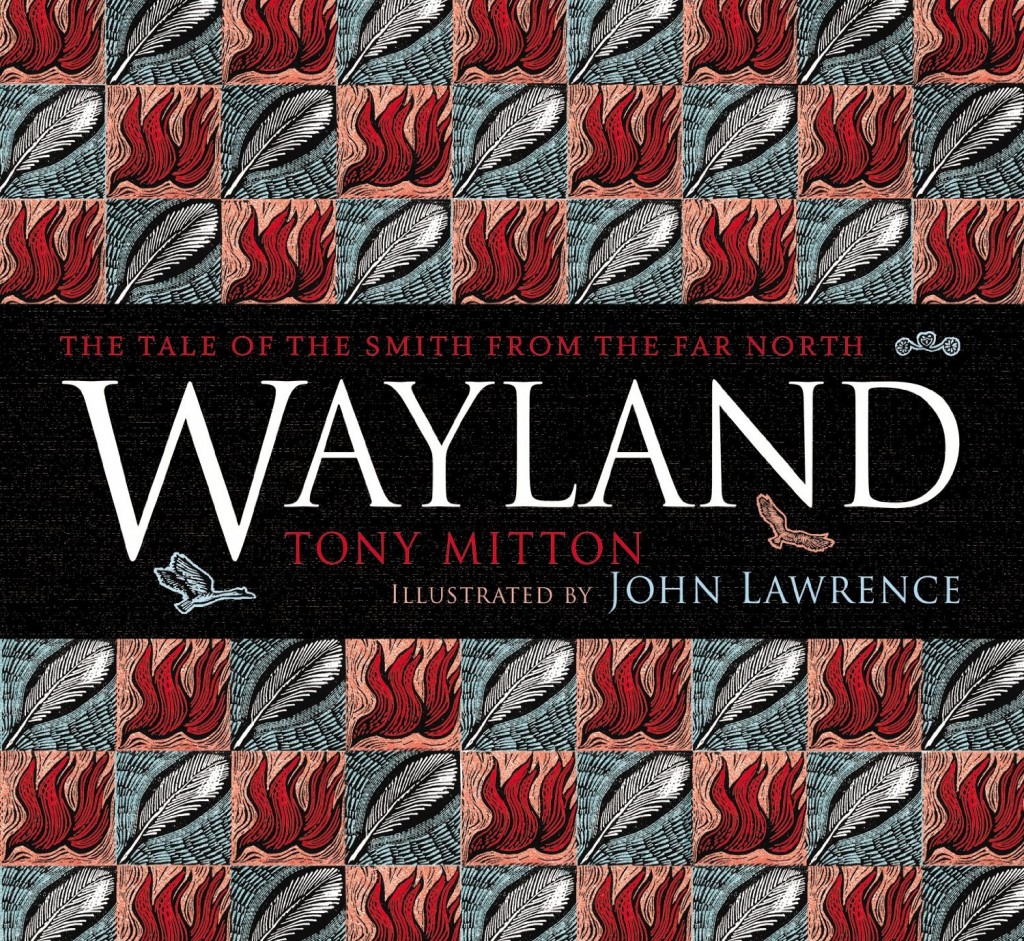 Out of the lands in the chill, far north

come legends from long ago.

This is the story of Wayland Smith,

the strangest of all I know.

This beautifully told tale reinvents the northern legend of Wayland the blacksmith, whose craft and skill spread his fame far and wide. But Wayland’s talents bring him nothing but pain. Following the loss of his swan-bride and his enslavement by a greedy king, Wayland has to rely on hope, courage and cunning to get by.

“I’ve read nothing so enthralling for a long time. Tony Mitton’s verse rings with the power and clarity of an ancient ballad, and is perfectly matched by the force and splendour of John Lawrence’s illustrations . . . I think it’s a marvellous piece of work, and I’m sure anyone who reads it will agree” Philip Pullman