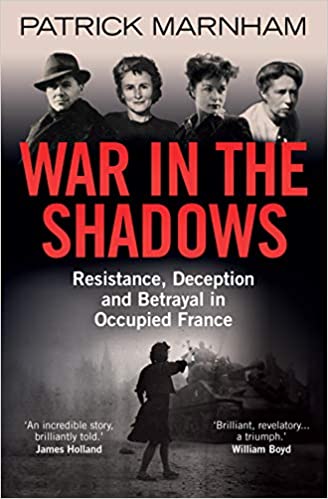 War in the Shadows

In 1962 the young Patrick Marnham set off by car for a small village in central France. There he was taught French by an imperious countess, who he later discovered had fought in the Resistance until, betrayed, she was sent to Ravensbrück concentration camp. On the very same day that his hostess’s network was broken, Jean Moulin, de Gaulle’s delegate as head of the combined Resistance forces, was arrested in Lyons, where he was tortured by Klaus Barbie before dying in Gestapo custody. Was this coincidence, or were these events connected? The anonymous letter writer suggested a key to the mystery.

Using a knowledge of France gained from 12 years as the Independent’s Paris correspondent, and subsequent research in archives in England and France, Marnham set out to discover the truth about the betrayal of the old lady who had become his tutor and friend. Following a trail leading from London through Occupied Europe to the rank and file Resistance in lost corners of France, he has unravelled the story of a complex wartime deception, involving British, American and French intelligence services.

The War in the Shadows shines a light on the brutality and cynicism of the Secret War and reveals how it was actually fought. The result is a story of ruthless double-dealing worthy of John le Carré, but with this difference: it is not a fiction.