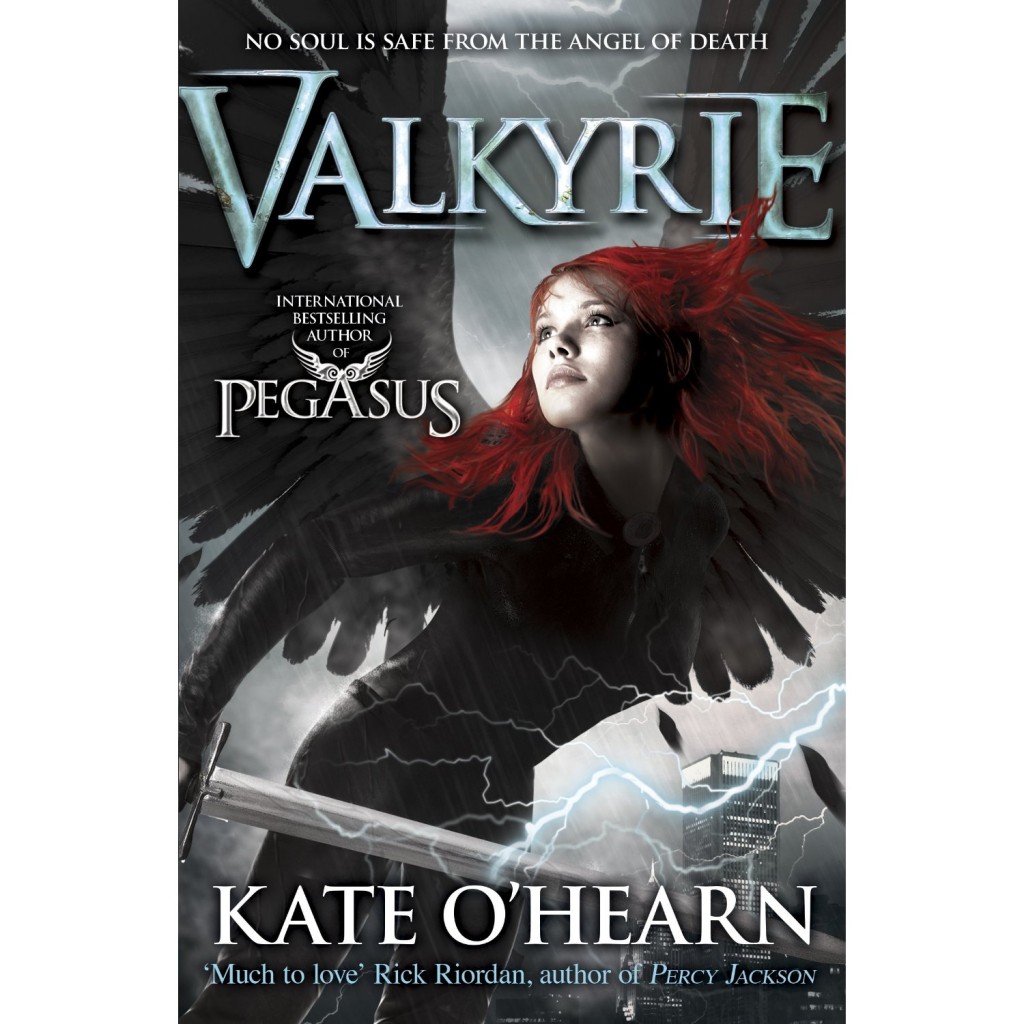 Freya is dreading turning fourteen – that marks the official end of her childhood and when she takes up full duties of a Valkyrie – a collector of souls from humanity’s battlefields.

But Freya is unlike any other Valkyrie. She doesn’t want to follow in the footsteps of the legends before her. As she observes from Asgard, she tries to understand what it is to be human: to make friends with girls her own age and laugh with boys, without the fear of causing their death with one touch.

Little does she know that her dreams will soon be realized: on her first battlefield mission, Freya reaps the soul of a soldier with unfinished business that will send her to the human world on a deadly quest. And there she must battle both ordinary and extraordinary enemies to create a new VALKYRIE legend.

‘Kate O’Hearn serves up a winning mix of modern adventure and classic fantasy.’

‘The author of the Pegasus series conjures up a fascinating new world of Norse mythology, setting the scene for new adventures, epic battles and monstrous creatures.’

‘Expect epic battles, monstrous creatures, superhero action and a very feisty heroine in the first of a new series using the legendary Valkyrie of Norse mythology. Aimed at the same readers as her very popular Pegasus series.’