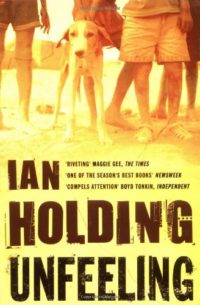 Davey is in the attic when the gang comes. At sixteen, he’s almost the man his father wants him to be, and almost the child he was. But something from beyond the ages keeps him above, locked in shock, as beneath him his parents are murdered and his family’s farm is ‘reclaimed’. The neighbouring farmers – his parents’ closest friends – take him in and try to care for him, try to bring him back into their community of normality – the club, the church, after a few weeks, his boarding school. They look to cope, like their people have always done. But Davey is on a different path. One night he escapes from his school and embarks on a harrowing, terrifying journey across Africa, coming home to Edenfields, looking for redemption.