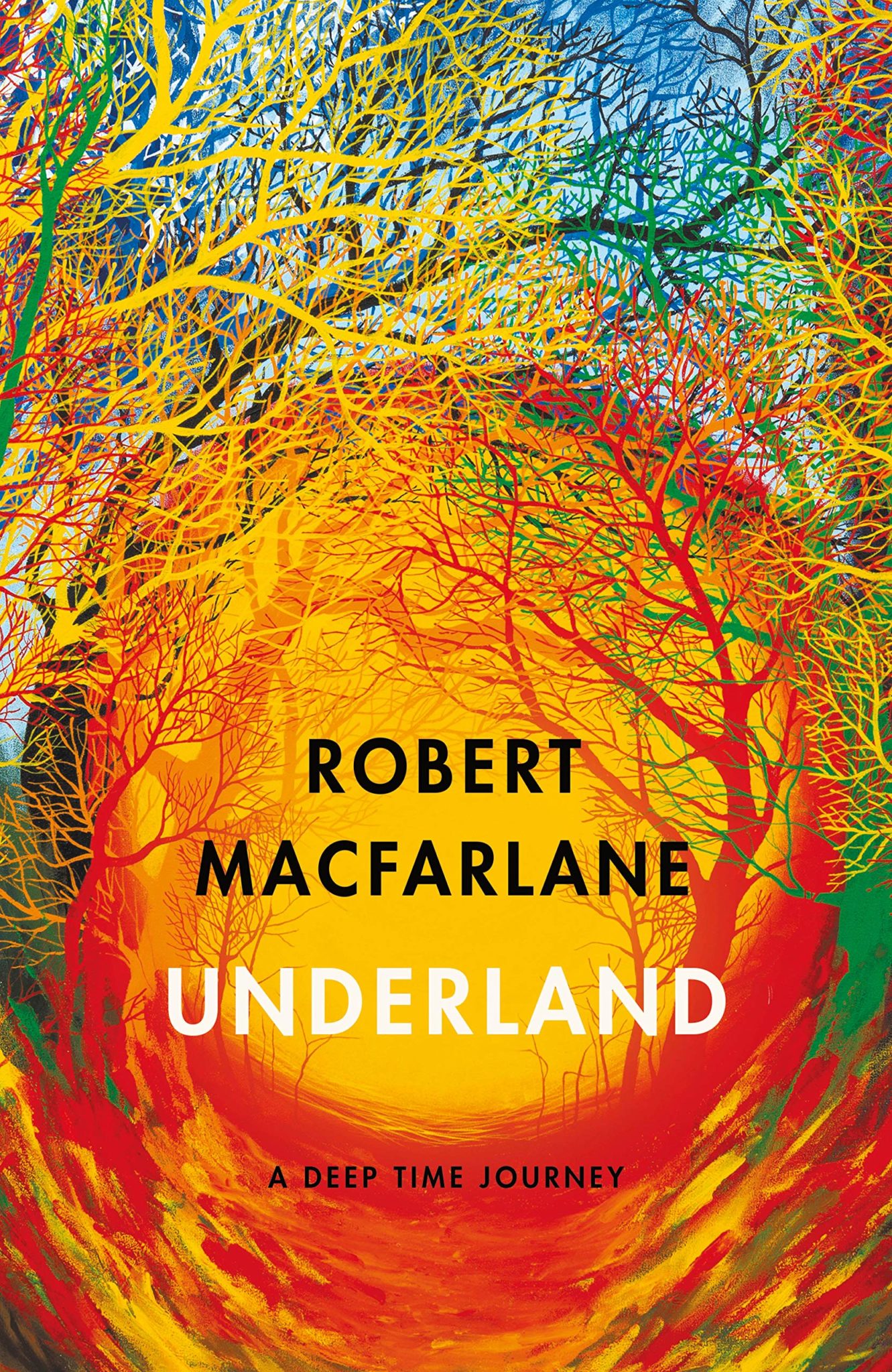 WINNER OF THE WAINWRIGHT GOLDEN BEER BOOK PRIZE 2019
A Guardian Best Book of the 21st Century, finalist for the Waterstones Book of the year 2019
The highly anticipated new book from the internationally bestselling, prize-winning author

In Underland, perhaps Macfarlane’s biggest and most complex book to date, he explores the cultures and geographies of underworlds, and the lost subterranean spaces beneath our feet. Moving from submarine potash mines to the ice-blue depths of Greenland’s glaciers, from nuclear storage facilities to Bronze Age burial mounds, and from Parisian catacombs to labyrinthine cave-systems in the karst of Eastern Europe, Macfarlane explores at length the visions and implications of deep time and darkness for individual human lives, for the sphere of ethos, and for the planet. The journey of Underland reaches from the Hadean far into the Anthropocene-to-be, moving from nanoseconds to geo-eras and in terms of space from Picometers to tectonic plates. The underworld figures as the realm in which we store things we wish to suppress (memories, ghosts, waste) and from which we retrieve things of value (metals, metaphors, the dead) a terrain with which we daily reckon, consciously and subconsciously. From the underground networks by which trees communicate to the rock art of remote Arctic sea-caves, this is a deep-time voyage into the planet’s past and future. Global in its geography, gripping in its voice and haunting in its implications, Underland is a work of huge range and power, and a remarkable new chapter in Macfarlane’s long-term exploration of landscape and the human heart.

‘Poetry, science, a healthy sense of the uncanny and a touch of the shamanic are the hallmarks of his writing… This is a journey that tells the story not just of nature but of human nature. And there is noone I would more gladly follow on it‘ i

‘Startling and memorable, charting invisible and vanishing worlds. Macfarlane has made himself Orpheus, the poet who ventures down to the darkest depths and returns to sing of what he has seen‘ New Statesman

“Robert Macfarlane writes of his astonishing subterranean explorations with such wondrous, indelible power that you remember what he sees as if you saw it yourself. Underland is a profound reckoning with humankind’s self-imperiled position in nature’s eternal order. At once thrilling and soulful, raw and erudite, it is a book of revelations.”

“I began this book with the thrill of realizing that Robert Macfarlane has over the years and books charted the heights and breadth of human travel before plumbing the depths—in crevasses, caves, mines, chasms—in this exquisite book about what lies beneath. I ended it with wonder at his ability to evoke so vividly places to which I and probably you will never go, and at the eeriness of the places themselves and the sense of vast scale they restore to us at a time when it can feel like the world has shrunken around us.”

“Robert Macfarlane has long provided us with some of the most distinctive and sensitive thinking about how humans understand and experience the terrestrial world. In turning his attention to the subterranean in Underland, he has delivered his most urgent, universal, and expansive book yet.”

“Beautifully written and wise, this haunting book is a treasure, both as personal memoir by one of earth’s keenest celebrants, and as an eye-opening odyssey into parts of the planet we recoil from or never knew existed. It reads like a seamless dive, crawl, and trek through deep time, in sense-rich landscapes, accompanied by fascinating views of the human saga. Its unique spell is irresistible.”

“Underland is a devastating act of witness, a clear, cogent, lyrical examination of the darknesses invisible beneath our feet, both geographical and eschatological; it is blazingly vivid about the terror and grandeur of both the natural world and the consequences of human destructiveness upon the Earth. But the book’s great power comes from Robert Macfarlane’s deliberate turn away from despair and a simple narrative of human evildoing, and toward a more deliberate, loving, and luminous sense of awe.”

“Robert Macfarlane’s writing reminds us of the astonishing variety of things you can see when you go at walking speed, and of how strange and rich the world is.”

“Robert Macfarlane is a magician with words. In Underland he shows us how to see in the dark. His writing is like a vortex…once caught, you’re pulled deeper and deeper with each page.”

‘Macfarlane has invented a new kind of book, really a new genre entirely’ The Irish Times

‘He is the great nature writer, and nature poet, of this generation’ Wall Street Journal

‘Underland is a magnificent feat of writing, travelling and thinking that feels genuinely frontier pushing, unsettling and exploratory’ Evening Standard

‘Marvellous… Neverending curiosity, generosity of spirit, erudition, bravery and clarity… This is a book well worth reading’ The Times

‘Extraordinary… at once learned and readable, thrilling and beautifully written’ Observer

‘Attentive, thoughtful, finely honed… I turned the last page with the unusual conviction of having been in the company of a fine writer who is – who must surely be – a good man’ Telegraph