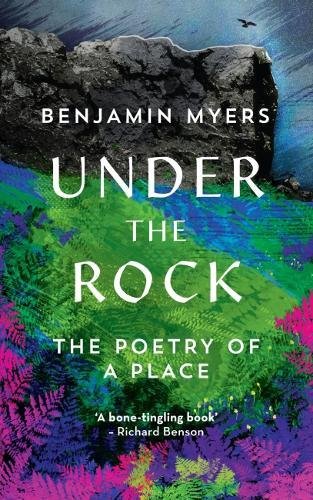 Carved from the land above Mytholmroyd in West Yorkshire, Scout Rock is a steep crag overlooking wooded slopes and weed-tangled plateaus. To many it is unremarkable; to others it is a doomed place where eighteenth-century thieves hid out, where the town tip once sat, and where suicides leapt to their deaths. Its brooding form presided over the early years of Ted Hughes, who called Scout Rock ‘my spiritual midwife . . . both the curtain and backdrop to existence’.

Into this beautiful, dark and complex landscape steps Benjamin Myers, asking: are unremarkable places made remarkable by the minds that map them? Seeking a new life and finding solace in nature’s power of renewal, Myers excavates stories both human and elemental. The result is a lyrical and unflinching investigation into nature, literature, history, memory and the meaning of place in modern Britain.