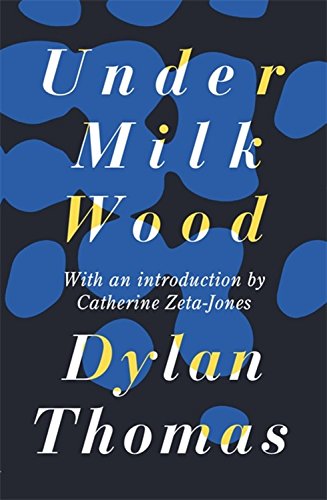 Originally commissioned by the BBC, and described by Dylan Thomas as ‘a play for voices’, Under Milk Wood is an emotive and hilarious account of a spring day in the fictional Welsh seaside village of Llareggub.

We learn of the inhabitants’ dreams and desires, their loves and regrets. We meet Captain Cat, who dreams of his drowned former seafellows, and Nogood Boyo, who dreams of nothing at all. A unique and touching depiction of a village that has ‘fallen head over bells in love’ Under Milk Wood is a modern classic that continues to inspire readers and performers a century after Thomas’s birth.

This special gift edition of Dylan Thomas’s most famous work, published to coincide with the centenary of his birth, is introduced by Catherine Zeta-Jones and features quotes from Owen Sheers, Cerys Matthews and Terry Jones.