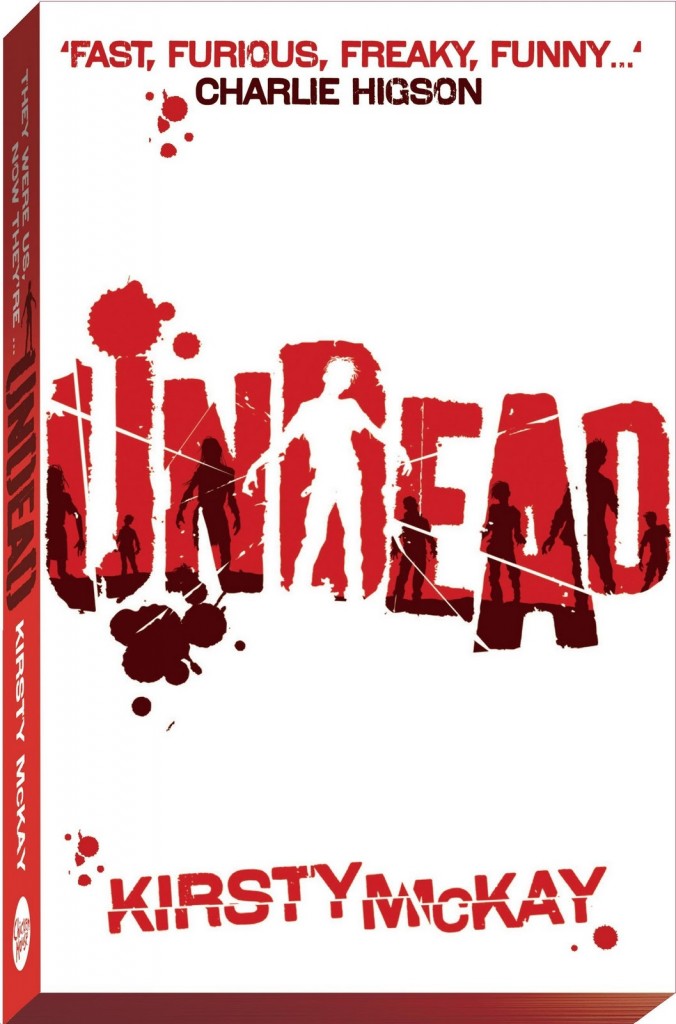 It was just another school trip…

When their ski-coach pulls up at a cafe, and everyone else gets off, new girl Bobby and rebel Smitty stay behind. They hardly know each other but that changes when through the falling snow, they see the others coming back. Something has happened to them. Something bad…

Soon only a pair of double doors stand between those on the bus and their ex-friends the Undead outside. Time to get a life. Terrifyingly accomplished and blackly funny.

‘A kick-ass teen-action-zombie fest. Fast, furious, freaky, funny and seriously sick. Oh, and did I mention it kicks ass?’ Charlie Higson – award-winning author of The Enemy and The Dead

‘Kirsty McKay’s Undead is an exciting, contemporary zombie tale….a fun mix of thrills, spills and gore-lite. It’s a traditional zombie yarn given something of an X-Files meets Saved By The Bell twist and has enough excitement and intrigue to keep readers hooked until the flesh-biting conclusion’  Bookbitz