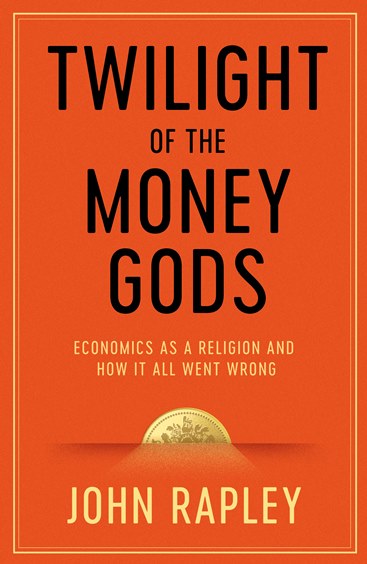 Twilight of the Money Gods

Imagine one day you went to a cash-machine and found your money was gone. You rushed to your branch, where a teller said that overnight people had stopped believing in money, and it all vanished. Seem incredible? It happened, and it could happen again.

Twilight of the Money Gods is the story of economics, told not as the science it strove to be, but as the religion it became. Over two centuries, it searched for the hidden codes which would reveal the path to a promised land of material abundance. While its prophets, from Adam Smith to John Maynard Keynes and Milton Friedman, concerned themselves with the human condition, its priesthood gradually grew remote from its followers, until it lost sight of their tribulations. Today, amid a crisis of faith in their expertise, we must re-imagine an economics for a new era – one filled with both danger and opportunity.