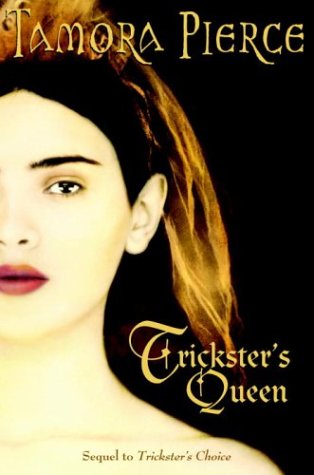 The sequel to Trickster’s Choice.

Alianne has an oppressive heritage. She is the daughter of Alanna, Lady Knight and King’s Champion – the foremost warrior of Tortall.

Aly fails to foresee the dangers that await as she uses her magic to safeguard Dova and her younger siblings, despite knowing that her thirteen-year-old charge might be queen of the Copper Isles when the colonial rulers are defeated.