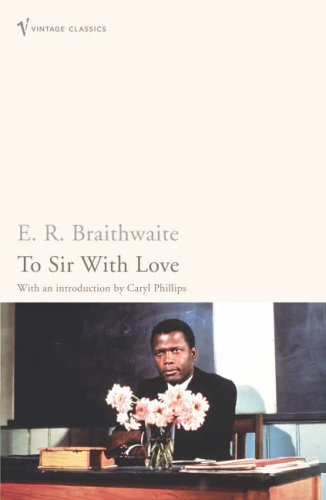 To Sir, With Love

In 1945, Rick Braithwaite, a smart, highly educated ex-RAF pilot, looks for a job in British engineering. He is deeply shocked to realise that, as a black man from British Guiana, no one will employ him because of the colour of his skin. In desperation he turns to teaching, taking a job in a tough East End school, and left to govern a class of unruly teenagers. With no experience or guidance, Braithwaite attempts to instill discipline, confound prejudice and ultimately, to teach.

The novel was adapted into a 1967 film of the same title, starring Sidney Poitier and Lulu.