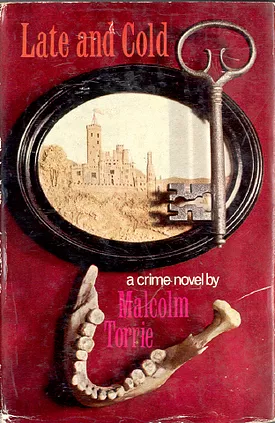 Murder is committed at a banquet held in a medieval style at a manor house just inside the border of North Wales. The Society for the Preservation of Buildings of Historic Interest, known to its members as Phisbe, has received an unusual appeal for financial help from a person who signs herself by a name which is not her own. The Society, though unaware of this, regards the request as unreasonable, since what the letter suggests is that Phisbe shall house the writer, and three children for whom she has made herself responsible, by repairing and refurbishing and ancient Welsh stronghold which she has been given on condition that she lives in it.

Timothy Herring, Phisbe’s sleuth, to whom her letter is sent, feels certain that the Society will turn down her somewhat impudent request, but is sufficiently amused and intrigued by it to visit the stronghold and assess its possibilities. His visit leads to his meeting two eccentric characters, a man and a woman, who live in the manor house near the stronghold, and his subsequent investigations lead him to believe that the letter-writer may have some claim to the manor house as well as to the ruined stronghold.

When a legal query is resolved by what appears to be a murder, Timothy Herring finds himself far more deeply involved in the affair than his first light-hearted meddling with it would have seemed to make possible.