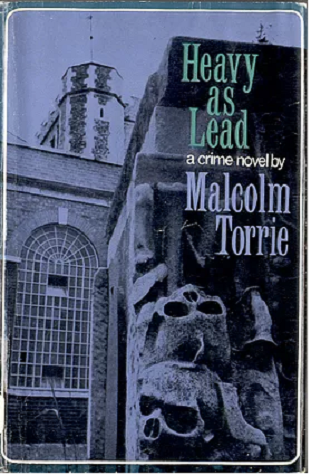 Timothy Herring is acting secretary of PHISBE, a society concerned with the restoration and preservation of buildings that have historic value. Timothy’s rather benign assignment to investigate a Norman style church in the village of Parsons Purity soon leads to more sinister doings. The church lacks its lead roof, taken away in the night by vandals, and the vicar wants to replace it with corrugated iron (the material gracing the tops of chicken coops). This plan doesn’t sit well with the members of PHISBE.

Timothy visits the village to talk with the vicar, a quarrelsome man named Winterbottom. While there, he soon makes the acquaintance of a bounder of a baronet, Sir Ganymede Troggett. No one in the town likes the shady squire, and it’s hinted that Troggett may have had a hand in the roof theft. Timothy is invited to stay at Troggett’s country house, an invitation he accepts. Before long, Timothy notices strange things happening around him: someone has taken the society’s report on the church from his briefcase; a ladder pushes away from the church wall, with Timothy still upon it; and he wakes at Troggett Hall to find in his bedroom a visitor carrying a knife. Encountering resistance from the vicar and the townspeople at the idea of tiling or thatching the church roof, Timothy is ready to give up on the building and escape the town, but two events pull him back to Parsons Purity: the destruction of his car by a homemade bomb and the murder of Sir Ganymede Troggett.
Sir Ganymede is found in his rock garden, stabbed in the heart, yet no weapon is found near the body. Around him are strewn flowers, yet they don’t appear to have come from his garden. The body of a poisoned dog lies nearby. The police detain Horace Pimm, a villager and fellow gardener who feuded with Troggett and whose alibi is weak. Timothy is convinced of Pimm’s innocence, and can’t see the accused man orchestrating the attempts on his life. As Pimm’s trial continues, Timothy works to clear the defendant and bring the true murderer to justice.