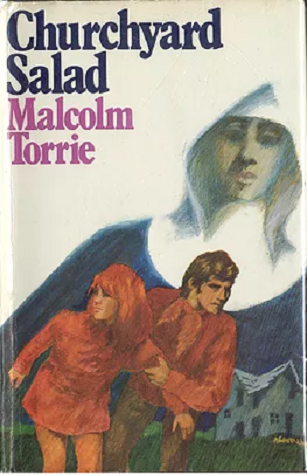 While out for a country drive, Timothy Herring and wife Alison spot a rather peculiar pub named The Strike On All Anvils. Following a hunch, Timothy investigates and discovers that the irregular building was actually built from the base of a saxon church. Acting as a representative of his society for the preservation of historical structures, Herring meets with the landowner, the current Lord Chilmarkstone, a young man new to his title and his inheritance. An agreement is reached, and under the supervision of Timothy, workers start uncovering the rest of the ancient church’s foundations.

Before long, strange events begin occuring on the former grounds of Saint Michael and All Angels: unexplained footsteps and movements are heard in the ex-pub, a thatched roof catches fire, religious relics disappear from Markstone Manor, and stone coffins shift their positions in the dead of night. Opening the restless coffins, Timothy finds bunches of tied vegetables inside each one; as these items are in groups of four, he considers the possibility of witchcraft. A look into Chilmarkstone history uncovers a disreputable accountant ready to lay claim to the Markstone grounds and a beautiful young nun who would have inherited had the estate not been entailed to male descendants. The restoration work ceases over the winter months, and a check of the churchyard the following spring reveals a gruesome addition to one of the stone coffins: the body of the short-lived Lord Chilmarkstone lies therein, his bludgeoned head disallowing any attempt to rest in peace.