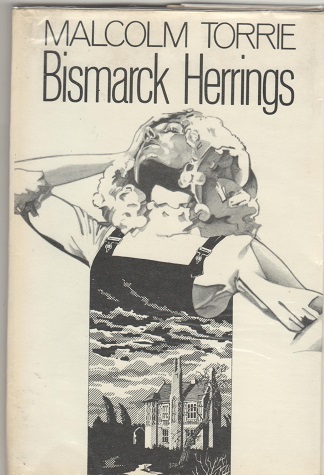 Timothy Herring inherits an ugly old house which has been left empty for a year since the death of his great-uncle, a recluse who lived alone in it. It overlooks the marshes and an East Coast creek and is isolated and said to be haunted.

Some strange occurrences do take place, but Timothy is soon convinced that the “ghosts” are not only human but are engaged in nefarious enterprises, including the smuggling in of illegal immigrants.

He comes to suspect them of worse things, including the murder of two old almswomen from an ancient foundation which is due for demolition.

Timothy’s first inclination (before any of the more sinister events take place) is to put the house up for auction, but his wife persuades him to change the name of Warlock Hall, which she finds disagreeable, do the place up and use it as a second residence, to make a change from the Cotswolds.

While repairs and reconstructions are being carried out, his suspicions that the house is being used for criminal purposes are confirmed, and he helps the police to bring two extremely wicked and unprincipled characters to justice.

Malcolm Torrie has yet again produced a first-class detective novel, in which he has combined an exciting story with his customary insight into character and motive.