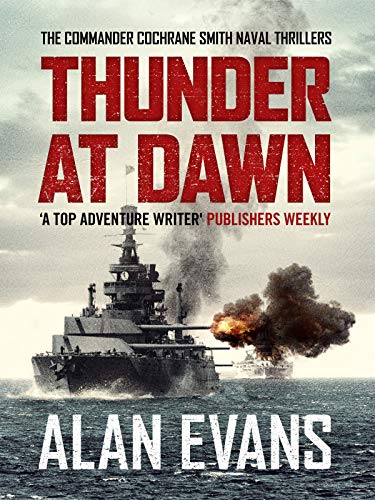 1917: After three years, the outcome of the Great War is poised on a knife-edge. David Cochrane Smith, captain of the armoured cruiser HMS Thunder, is patrolling off the coast of South America. But then he attacks and sinks the Gerda, a neutral ship in a neutral port.
Smith already has a reputation as a maverick and now he faces professional ruin. But he is certain he was right, that the Gerda was one of two ships masquerading under neutral flags that are in fact supply vessels for the mighty German warships, Kondor and Wolf.
Only an outdated cruiser and a young captain prepared to break all the rules stand in their way…