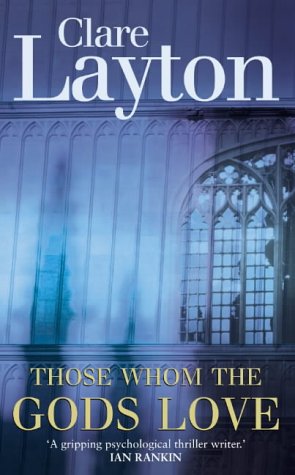 Those Whom The Gods Love

Oxford: a young and promising student hangs himself, leaving his friends and family stunned. His girlfriend claims he raped her, but his friends cant believe it. Thirty years later they are all succesful in their own fields, but each is still haunted by guilt. Only one of them knows the whole truth. But which one? Enter Ginty Schell, a young, ambitious journalist working on a feature about how men have lost their way. She focuses on the notorious story and becomes the groups Nemesis. As they fight to save their reputations, she finds her own life rocked to its foundations.