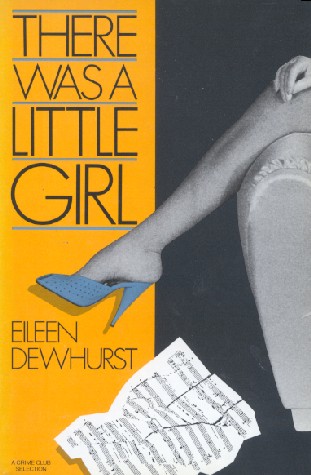 There was a Little Girl

Reviews
For Juliet Payne, a pretty fifteen-year-old neglected by her father and sheltered since childhood, life in the English countryside can be painfully lonely.  But Juliet has a secret method of escape: one weekend each month, she flees to London – ostensibly to take a music lesson-and unleashes her passionate yearnings in a world of strobe-lit bars and dangerous, desirable men.
That same world is the everyday working milieu of Detective Inspector Neil Carter.  When, during a routine police inquiry, he questions a provocative hooker who goes by the name of Marilyn, he finds himself strangely drawn to her, enticed by her innocence and infatuated by her youth.  Later, he receives a frantic call from Marilyn, desperately seeking his help and protection.  Carter hurriedly drives out to her flat – but it is too late.  He finds her on her bed, undressed and strangled.

Trying to discover this girl’s true identity – and who would want to kill her – Carter plunges into an investigation that takes him from the city’s seamy underside to…Juliet Payne’s genteel hometown.  Coincidence?  A shocking revelation, captured on videotape, holds the key to this riveting tale of mystery and misbegotten pleasure.