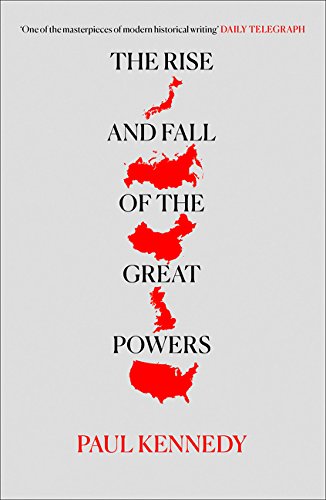 The Rise and Fall of the Great Powers

Paul Kennedy’s classic survey of the rise and fall of the world’s great powers over the past five centuries. The Rise and Fall of the Great Powers explores the relationship between economic and military power, as it affects the rise and fall of empires, stating that, whether in the sixteenth, the twentieth or the twenty-first century, nations project military power according to their economic resources.

Kennedy argues that the cost of that power is often more than even the strongest economies can afford in the long run – hence the rise and fall of nations. Through his analysis of past cycles, Kennedy aims to illuminate the present critical dilemma of the USA, the USSR, the countries of Western Europe and the emerging great powers of Asia.

A bestseller on publication in the late 1980s, this book has remained in print ever since and has been published in over twenty languages.