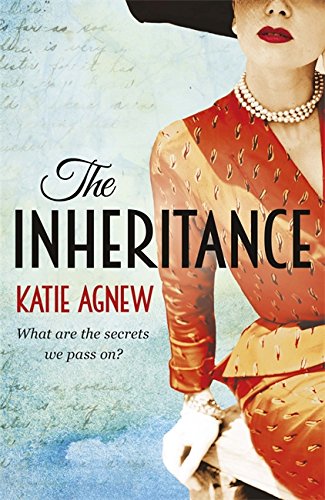 Sixty-six perfect pearls, hand picked from beneath the Japanese waves. Pearls that changed the lives of every woman who had the privilege to touch them.

Actress Tilly Beaumont once owned this most breathtaking pearl necklace. An eighteenth birthday gift from her darling Papa, during her jetset years the pearls graced her neck at all the most glamorous parties. But they have been missing for years and now Tilly has asked her granddaughter Sophia to find them.

Sophia has learnt the hard way that good looks, good breeding and good times don’t pay the bills, and is busy blotting out the reality of her life by drinking her way to oblivion and seeking solace in the arms of dangerous men.

But Sophia can’t run from her future forever, nor from her past. Sophia knows that the pearls’ value will save her but what are Tilly’s true motives for sending her on such a quest? What will she discover on the way? And how on earth does Sophia find the heirloom when it hasn’t been seen in her lifetime?

In modern day Japan, no matter how hard Aiko Watanabe tries to stay firmly in present, the ghosts chase her. Even back home in New York, she cannot escape visions of a young woman disappearing under the waves, a baby crying on a beach, a nation destroyed by fire and bombs, and a starving, ragged girl hiding a priceless collection of pearls underneath her torn clothes.
Love, loss, sacrifice and freedom: Aiko thought she had learned all life had to teach her. What are her ancestors trying to tell her? Must she really reopen old wounds in order to heal the future?