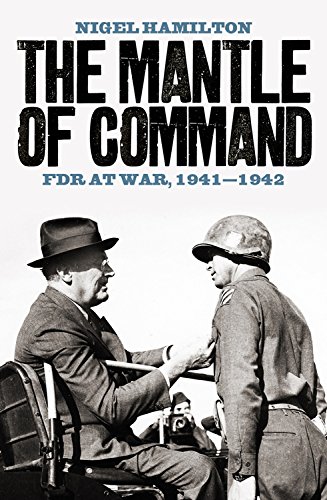 The Mantle of Command

A dramatic, eye-opening account of how FDR took personal charge of the military direction of the Second World War.

Based on years of archival research and interviews with the last surviving Roosevelt aides and family members, The Mantle of Command offers a radical new perspective on Franklin Delano Roosevelt’s masterful – and underappreciated – role as US commander-in-chief during the Allied war effort.

After the disaster of Pearl Harbor, we see Roosevelt devising a global strategy that will defeat Hitler and the Japanese, rescue Churchill and the UK, and begin to turn the tide of war in the Allies’ favour. All the while, Hamilton’s account drives toward Operation Torch – the invasion of French Northwest Africa – and reveals FDR’s genius for psychology and military affairs.

Hamilton takes readers inside FDR’s Oval Office – his personal command centre – and into the meetings where he battled with Churchill about strategy and tactics and overrode the near mutinies of his own generals and secretary of war.

The first part of a major trilogy, The Mantle of Command explores the life of a man whose towering importance to the war is overlooked because of his untimely death. It is an intimate, sweeping examination of a great President in history’s greatest conflict.