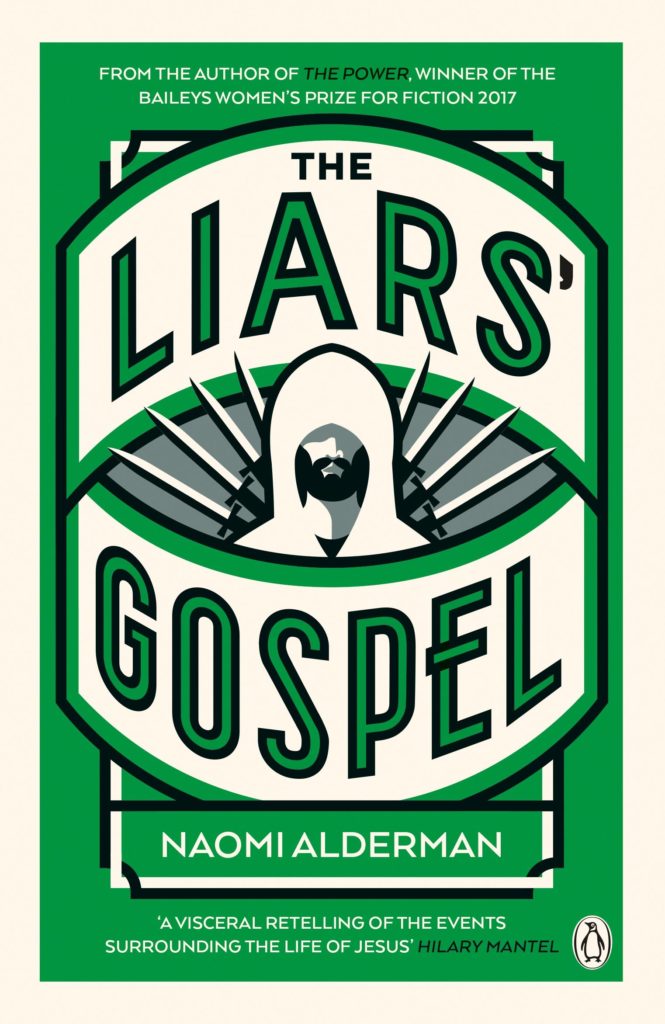 ‘He was a traitor, a rabble-leader, a rebel, a liar and a pretender to the throne. We have tried to forget him here.’

The Liars’ Gospel is the story of a Jewish man, Yehoshuah, who wandered Roman-occupied Judea giving sermons and healing the sick. Now, a year after his death, four people tell their stories. His mother flashes between grief and rage while trouble brews between her village and the occupying soldiers. Iehuda, who was once Yehoshuah’s friend, recalls how he came to lose his faith and find a place among the Romans. Caiaphas, the High Priest at the great Temple in Jerusalem, tries to hold the peace between Rome and Judea. Bar-Avo, a rebel, strives to bring that peace tumbling down.

The Liars’ Gospel makes the oldest story entirely new. Viscerally powerful in its depictions of the realities of the period: massacres and riots, animal sacrifice and human betrayal, it finds echoes of the present in the past. It was a time of political power-play and brutal tyranny and occupation. Young men and women took to the streets to protest. Dictators put them down with iron force. Rumours spread from mouth to mouth. Rebels attacked the greatest Empire the world has ever known. The Empire gathered its forces to make those rebels pay.

And in the midst of all of that, one inconsequential preacher died. And either something miraculous happened, or someone lied.

The Liars’ Gospel is published in the US by Little, Brown.

Praise for The Liars’ Gospel

‘A visceral retelling of the events surrounding the life of Jesus.’  Hilary Mantel, Books of the Year 2012, The Guardian Review.

‘The Liars’ Gospel shows the hand of a mature novelist, a daring and accomplished work on a broad canvas’.  Stephanie Merritt The Observer

‘With her ambitious new novel, Naomi Alderman has given us an entire Jewish gospel, the story of a preacher who may be madman, miracle-worker, or both: Yehoshuah, the son of Miryam… [The Liars’ Gospel is] shadowed throughout by what a literary theorist might term aporia: the unsettling sense of paradox that can batten on to what might seem an author’s ostensible purpose. Yehoshuah is a Jewish Jesus, the creation of a Jewish novelist; and yet it is the genius and the generosity of Alderman’s novel, it seems to me, that it does not preclude an alternative perspective, one in which mystery does indeed haunt the events it describes.’  Tom Holland, the Guardian

‘Vivid, moving and full of a sad wisdom.’  The Times Literary Supplement

‘This is a very visceral novel, filled with historical detail, clamouring egos, fears, manipulations, the instinct for survival, disjuncts and mis-told tales.  Expect to be sucked in. Superb.’  The Daily Mail

‘This is story telling of the very highest order.‘  thebookbag.co.uk

‘Written in a characteristically vivid and sensuous style . . .a fluent and powerful writer, this is a convincing picture of first-century Palestine in all its social and political complexity.’  The Sunday Times

‘Alderman’s revision of the Christ figure is a visceral, intelligent one, and it works superbly.’  The Independent

‘A novel of such intensity, meaning and depth that it must be destined to become a classic.’  Bidisha

‘A series of thoughtful, humane sketches that seek to earnestly put the meat of character on the bones of the bible… An evocative, secular exploration of the New Testaments’ sprawling horizons.’  Metro

‘The descriptions of violence are visceral. Parts could be describing contemporary Afghanistan with only a change of names… indisputably elegant.’  Stuart Kelly, Scotland on Sunday.

‘Alderman re-creates with startling immediacy the culture of first-century Judea, with its political intrigue and riots, and with its characters wondering at what the life of Yehoshuah has meant to them.’  Kirkus Review, on the US edition.