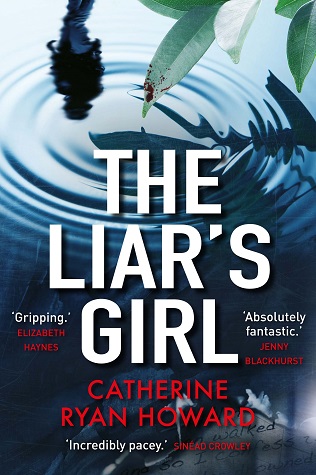 But the truth was so much worse.

Dublin’s notorious Canal Killer is ten years into his life sentence when the body of a young woman is fished out of the Gran Canal. Though detectives suspect a copy-cat is emulating the crimes Will Hurley confessed to as a teen, they must turn to Ireland’s most prolific killer for help. Will admits he has the information the cops need, but will only give it to one person – the girl he was dating when he committed his horrific crimes.

Alison Smith has spent a decade building a new life. Having changed her name and moved abroad, she’s confident that her shattered life in Ireland is finally behind her. But when she gets a request from Dublin imploring her to help prevent another senseless murder, she is pulled back to face the past, and the man, she’s worked so hard to forget. 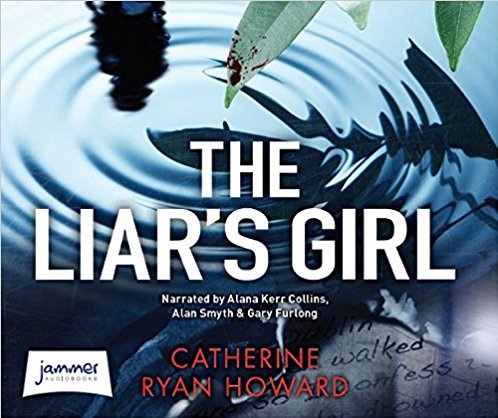 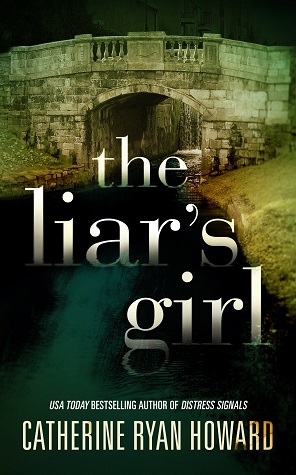 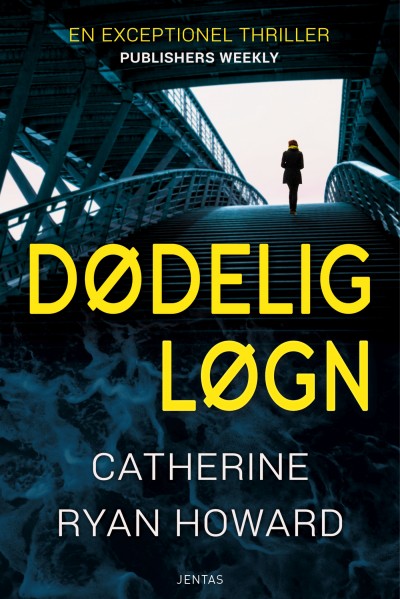 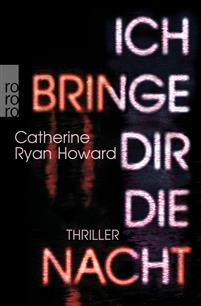 ‘In this second novel, Howard’s emerging talent could not be clearer. This is expertly plotted, with a series of stunning twists.’ – Daily Mail

‘THE LIAR’S GIRL is a cleverly written and intriguing tale in which the twists take the reader in different directions before the truth emerges as to the killer’s identity. [It] has the same, pacey visual writing [of DISTRESS SIGNALS], a creepy atmosphere, believable dialogue, and a tight plot that keeps the mystery alive right to the end.’ – Evening Echo

‘Solid plotting, alternating between the events of 10 years ago and the present, THE LIAR’S GIRL forward at a terrific pace, and there is nothing formulaic in the depiction of the main characters, all of whom are drawn with great sympathy. The imaginary of St. John’s College campus, set in Beggars Bush in Dublin 4, is a lively and believable invention. In this, only her second book, Catherine Ryan Howard has certainly pulled off, with remarkable confidence, the notoriously difficult task of surpassing a debut novel that was met with critical acclaim and garlanded with awards.’ – Irish Independent

‘Catherine Ryan Howard is such a skilled storyteller  – every setting was evocative, every hook well-placed,  every twist expertly-timed. I flew through it! Astonishingly good.’ – Jo Spain

‘I loved this slick, smart and stylish suspense. Characters so real I felt I knew them personally, a plot so taut it squeaked and deeply poignant nods to the loss of innocence that every teenager craves and despairs. Really clever.’ – Holly Seddon

‘I can’t even begin to tell you how much I enjoyed it! I thought it was such a stand-out book in the thriller genre. Real and sympathetic characters, a flawlessly-paced plot and a genuinely original premise. I finished it at 2:00am, my heart pounding!’ – Gillian McAllister

‘Catherine Ryan Howard’s THE LIAR’S GIRL is a haunting thriller about one woman’s attempt to escape a horrific past…and her inability to fully do so. I found myself continually surprised and even shocked by the twists and turns in the plot. This is a fast-moving, crackling good novel.’ – David Bell

‘Although Howard (Distress Signals, 2017) meanders a bit through the streets and shops and pubs of Cork and Dublin, she picks up the pace when it most matters—and tosses a lovely curveball at the end, too.’ – Kirkus

‘Howard keeps the reader turning the pages right through to the shocking and satisfying resolution.’ – Publishers Weekly starred review

‘Howard toggles smoothly between past and present, and between Alison and the perpetrator, revealing the extent of the lies only in the final pages. [An] impressive writer to watch.’ – Booklist

‘Catherine Ryan Howard has developed a very unique style that makes for quite an addictive reading experience. The Liar’s Girl is a sinister thriller that gets right under your skin from the get-go, with a well-paced build up of suspense to the final pages.’ – Swirl & Thread

‘The Liar’s Girl is a really satisfying read – the plotting is faultless and the writing assured. Catherine Ryan Howard is as good as the early Val McDermid. For those who are always on the lookout for a good new crime writer, look no further.’ – RTE Culture

‘Catherine Ryan Howard has written an even more sophisticated psychological thriller to follow her Dagger-nominated debut, Distress Signals. The exploration of the characters’ inner lives–their jealousy, guilt, misguided chivalry–is as riveting as the crime.’ – Shelf Awareness

‘An absolutely cracking, and thrillingly creepy read. Catherine Ryan Howard fans the flames of tension, she strings a taut wire between the murders of then and now, until they start to collide and the ending hurtles towards you. The Liar’s Girl is so clever, so captivating, and fairly crackles with dramatic intensity, oh what a truly fabulous read this is.’ – Liz Robinson, LoveReading

‘This book is fantastic! It is filled with twists, horror and so much more. Trying to figure out the truth and how to move on from something like this. This is my first book from Catherine and I can’t wait to see what she writes next.’ – The Reader’s Corner

‘A great plot, solid characterisation and a brilliant sense of place make this a standout.’ – Irish Independent

‘The Liar’s Girl is gripping, thrilling and impossible to put down!’ RatherTooFondofBooks blog

‘This is a story full of suspense, full of mystery, full of me wondering if Will was really the killer or not. The ending was pure class, in fact the whole book was pure class. I loved it.’ Short Book and Scribes blog