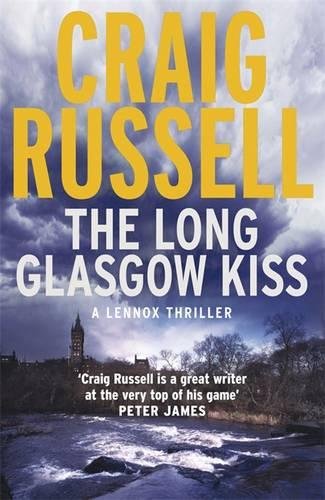 Glasgow in the 1950s – not somewhere you’d choose to be unless you were born to it. Yet Lennox, a private investigator, finds it oddly congenial. Lennox is a man balanced between the law and those who break it – a dangerous place where only the toughest and most ruthless survive. Glasgow bookie and greyhound breeder, Jimmy ‘Small Change’ MacFarlane, runs one of the biggest operations at Glasgow’s dog-racing track. When MacFarlane is bludgeoned to death with a bronze statue of Danny Boy, his best racer, Lennox has a solid gold alibi – he had spent the night with MacFarlane’s daughter. Lennox is quickly drawn into hunting MacFarlane’s killer, where he soon discovers that ‘Small Change’ was into a lot more than dog racing. Worse, crime boss Willie Sneddon, one of Glasgow’s notorious Three Kings, is clearly involved and he’s not a man Lennox wants to cross. But somewhere out there in the shadows lurks a really big player, an elusive villain who makes the Three Kings look like minnows. Lennox is the only man who can track him down.