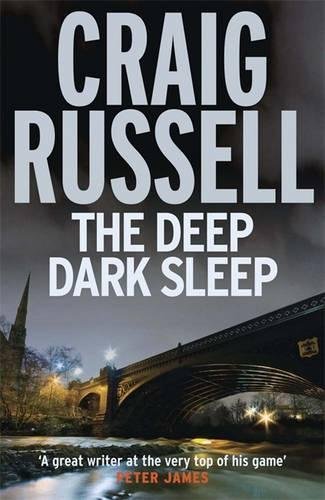 Human remains are recovered from the bottom of the River Clyde. Tests reveal they’ve been there for eighteen years. Glasgow’s underworld is buzzing with the news that the dredged up bones belong to Gentleman Joe Strachan, the city’s most successful and ruthless armed robber.

Strachan’s daughters, Isa and Violet, want to hire Lennox to find out who has been sending them large sums of cash each year on the anniversary of Strachan’s most successful robbery. Despite his reservations, Lennox needs the money and takes the job.

But his investigations lead him back into the dark world of the Three Kings – the crime bosses who run the city. He should never have got involved …

Tough, gritty, and as noir as they come, The Deep Dark Sleep guarantees a sleepless night.