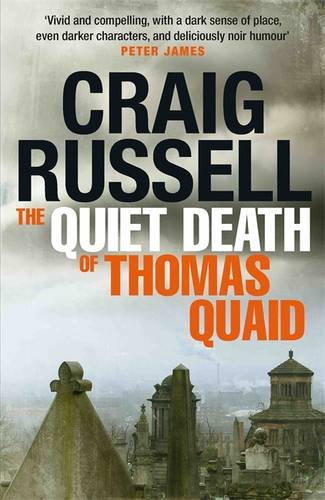 The Quiet Death of Thomas Quaid

Lennox liked Quiet Tommy Quaid. Perhaps it’s odd for a private detective to like – even admire – a career thief, but Quiet Tommy Quaid was the sort of man everyone liked. Amiable, easy-going, well-dressed, with no vices to speak of – well, aside from his excessive drinking and womanising, but then in 1950s Glasgow those are practically virtues. And besides, throughout his many exploits outside the law, Quiet Tommy never once used violence. It was rumoured to be the police who gave him his nickname – because whenever they caught him, which was not often, he always came quietly. So probably even the police liked him, deep down.

Above all, the reason people liked Tommy was that you knew exactly what you were dealing with. Here, everybody realized, was someone who was simply and totally who and what he seemed to be.

But when Tommy turns up dead, Lennox and the rest of Glasgow will find out just how wrong they were.