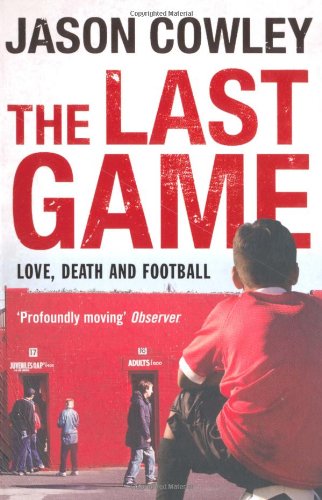 On 26 May 1989, the final day of the season, Arsenal Football Club travelled to Anfield to face the mighty Liverpool. What followed was one of the most remarkable football matches at the end of one of the most dramatic and politically charged seasons in English football history; a season that marked the transition between old and new football and which would come to be seen as a threshold for astonishing changes not just in football but in the wider culture.

Featuring interviews with the main players in this drama, including many of the legendary figures who took part in that famous final game, The Last Game is a probing and resonant work of dramatic reportage that reflects on the stark changes the national sport has undergone in twenty tumultuous years. Journeying from the intense and hostile terraces of the 1980s, where male violence and tribalism coupled with decrepit stadiums led to tragedies like Heysel and Hillsborough, to the new commercialism that has engulfed the modern game, where fans have turned customers and, some say, security has come at the cost of identity, The Last Game tells the story of how a nation was changed by one astonishing game.