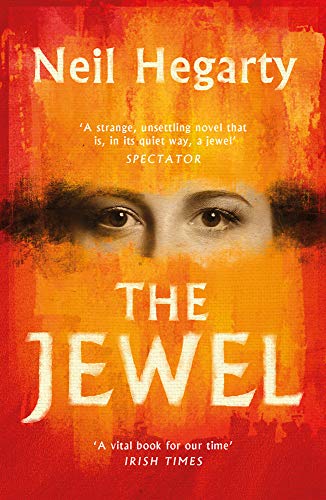 A surprising and ambitious work of fiction centred on the art world, featuring an artist who has become an art thief, an obsessive curator and a specialist in major art thefts. Their stories intersect with the fate of a legendary work by a tragic Victorian woman artist who painted the picture as a kind of funeral dress, using the notoriously fragile distemper technique.

At the heart of this moving and unusual novel is a strange painting by a woman who committed suicide rather than live with neglect and pain. Her final glowingly beautiful work was painted with a technique more usual for posters and banners, and not designed to last. She intended it as her shroud. It hangs in a Dublin gallery, and it is desired by a collector who is willing to pay to have it stolen. The thief is a disillusioned, corrupted London artist coping with tragic loss. The curator of the painting is a lonely gallerist whose life centres on her work. And the man charged with recovering the stolen painting is a gay man trapped in an abusive relationship.

The lives of these three damaged people, each evoked with a calm, moving sympathy reminiscent of Michael Cunningham or David Park, come together around the hauntingly strange Victorian painting. Set in London, Dublin, Northern Ireland and various European capitals, The Jewel is a major new novel from an Irish writer coming into his own.